This image appears in the gallery:
J. Cole Facts: 15 Things You (Probably) Didn't Know About The Fayetteville Rapper 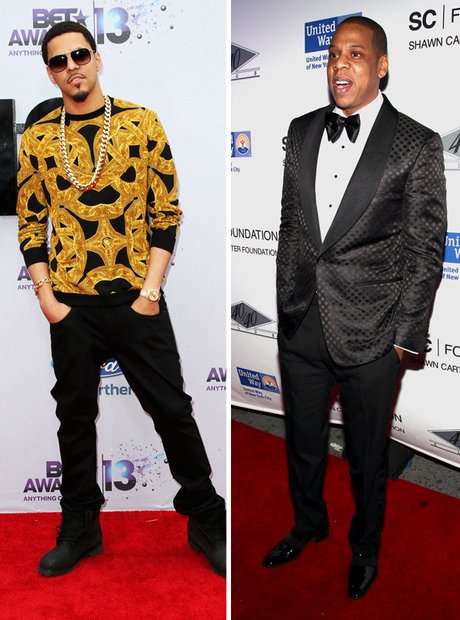 Before putting pen to paper on his contract with Roc Nation, J. Cole has revealed that his first thought when he met Jay Z was: "Damn, I'm taller than Jay Z!" Cole is a whole one inch - 6' 3" - taller that Jay.