Future and Drake are set to spark controversy...

Future has teased a brand new collaboration with Drake, ahead of his new album.

The ‘Mask-Off’ rapper, who features on DJ Khaled’s new single alongside Beyonce and JAY-Z, has lined up another superstar collaboration.

In the snippet shared on Future’s official Snapchat story, he can be heard rapping about Kylie Jenner – who recently had her first child with Travis Scott.

“Kylie Jenner is a side-piece, I got 20 motherf*cking Kylie’s, I got 20 damn Kylie’s,” he raps over the trap instrumental. 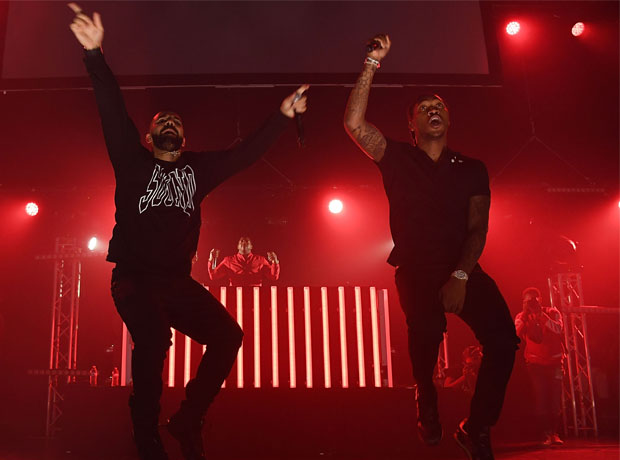 While Drake adds his own verse, name-dropping another member of the Kardashian clan.

“I got 20 damn Kendall’s, young slim baddies and they’re in Vogue,” raps Drizzy.

Interestingly, Drake also raps that he has got “20 f*cking Gigis”, after he was rumoured to have dated Gigi Hadid’s sister Bella last year – sparking a feud with The Weeknd in the process.

The song is expected to be taken from Future’s forthcoming studio album.

Listen to the snippet above.