This is everything we know so far.

Frank Ocean has finally announced details surrounding his new album, which he has revealed will be called 'Boys Don't Cry.'

The 'Super Rich Kids' singer, who hasn't released an album since his 'Channel Orange' record three years ago, will drop the new album some time in July. 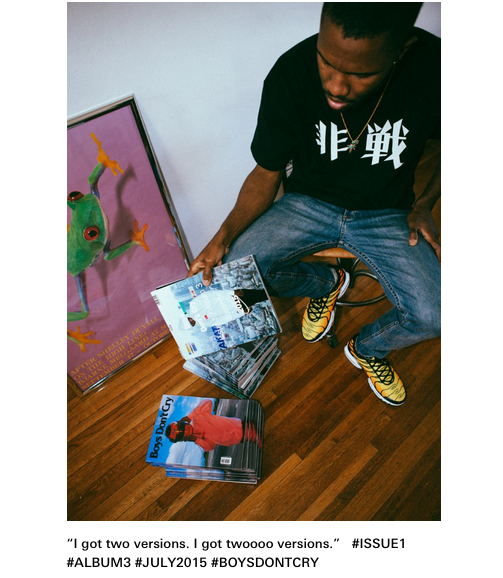 Ocean shared a photo of himself on his Tumblr that teases a few core details about what to expect. He used the hashtags 'ISSUE1,' 'ALBUM3,' 'JULY2015' and 'BOYSDONTCRY.'

Earlier this year he unveiled a cover of Aaliyah's song 'At Your Best (You Are Love)' to mark what would have been the singer's 36th birthday. Hopefully some original material will be on the way soon.