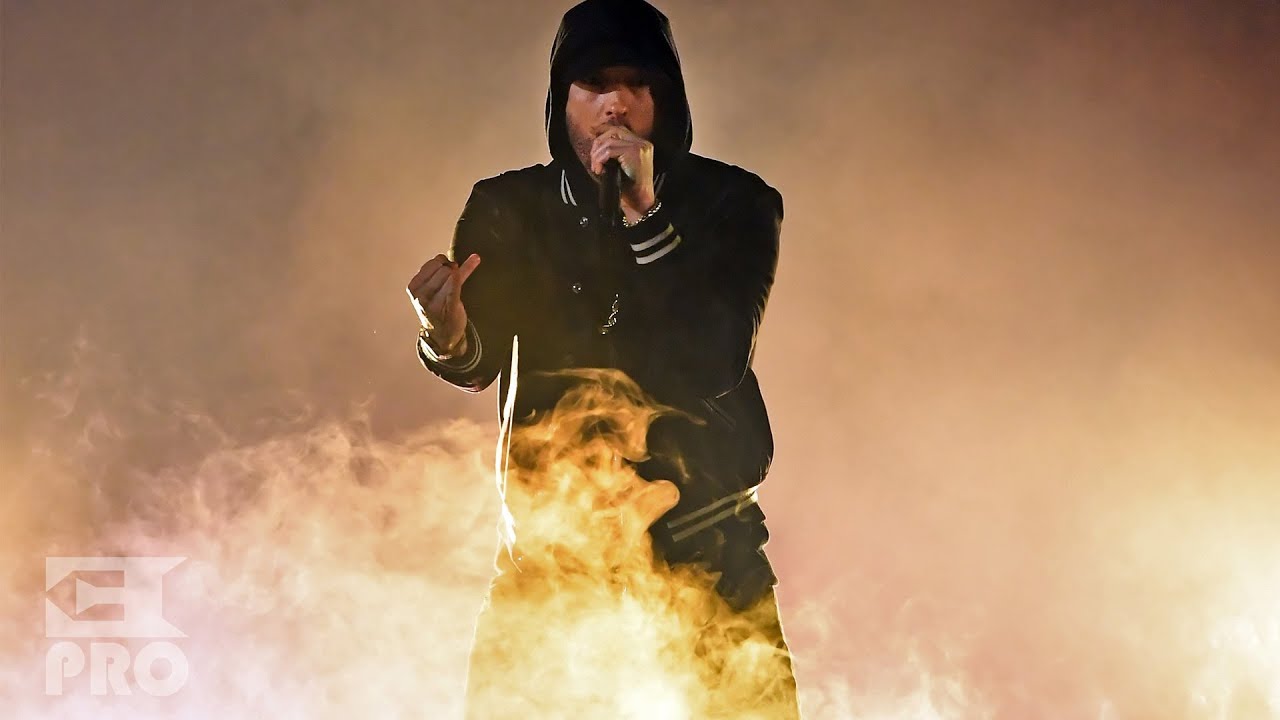 The duo lit up the stage with their gun control-inspired performance.

Eminem has released the extended version of his collaboration with Kehlani, "Nowhere Fast". Days after Eminem performed his latest single from 2017's 'Revival', the prolific rapper has shared an extended version which includes a new intro.

The new intro mentions victims of gun violence and calls out the NRA with lyrics like "this whole country is goin' nuts and the NRA is in our way/They're responsible for this whole production, they hold the strings to control the puppets"

Fans will have heard a live version of this performed at the iHeartRadio awards last weekend. The updated version is now available on Apple Music and iTunes.

Listen to the extended version below.

Eminem sent a powerful message during his epic performance of 'Nowhere Fast’ at the 2018 iHeartRadio Awards last weekend.

The rapper was accompanied on stage by the song's featured artist, Kehlani, for a fiery show which addressed the ongoing issue of gun control in the US.

The performance was introduced by E's fellow Detroit rapper Big Sean and Alex Moscou, a survivor of the Parkland school shooting.

16 Of Eminem's Most Inspirational Lyrics Ever

During the rendition, Eminem spun a new introduction to the song - which features on his recent album 'Revival' - which focused on gun control.

"Gun owners clutching their loaded weapons / They love their guns more than our children," he spat as the stage became engulfed in flames.

This isn't the first time Eminem has used his platform to send out a political message.

During his now-famous cypher at the 2017 BET Hip Hop Awards last October, the rapper zeroed in on President Donal Trump during a savage freestyle.