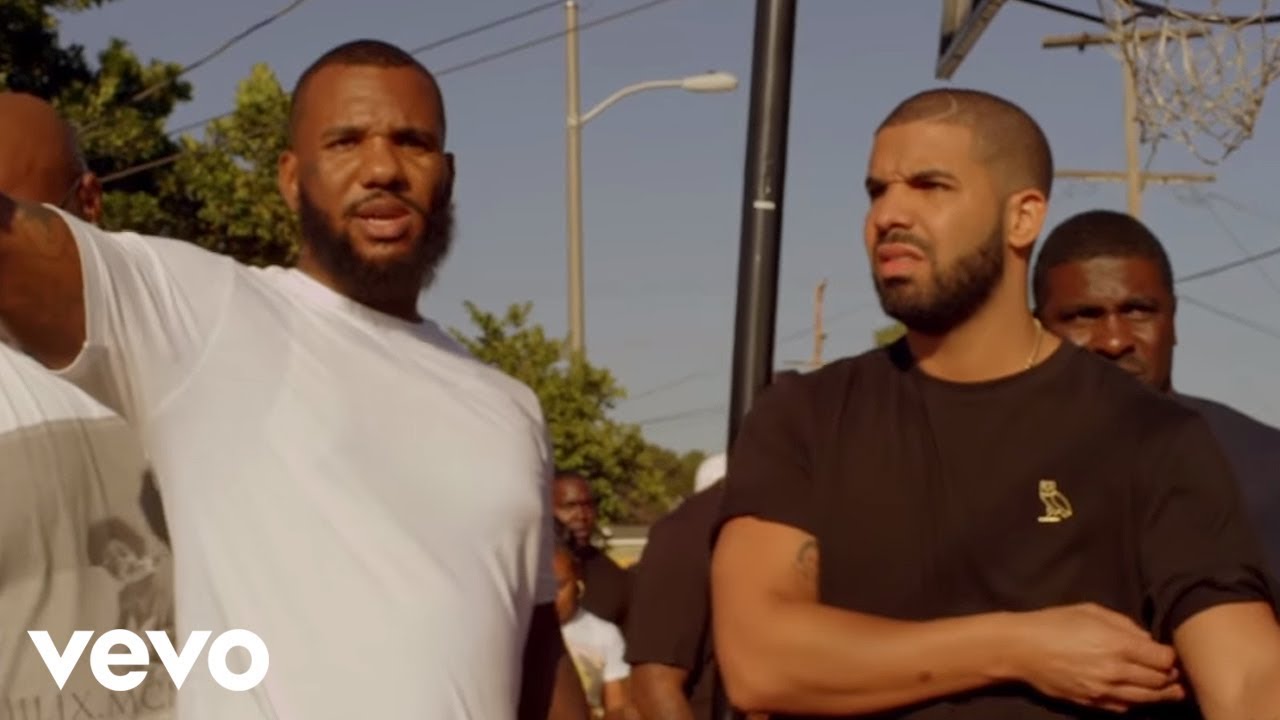 The latest track taken from The Game's upcoming 'The Documentary 2' album.

In the midst of Drake’s beef with Meek Mill, The Game has released his West Coast-themed video for ‘100’.

In the Theo Skudra-directed clip, The Game takes Drizzy on a tour of his hometown.

They both walk around the hood and get nothing but love from the locals, performing on top of vehicles and even allowing a local kid to grab some camera time.

“Keep it eight more than 92,” said The Game in a statement. “Brought my ace Drake out to my hood, and we lit it up. My hood. My family. My world. #WinnersCircle.”

‘100’ is the second single taken from The Game’s upcoming sixth album ‘The Documentary 2’.

The LP is a follow-up to his 2005 debut ‘The Documentary’ which reportedly features production from heavy-weights such as Dr. Dre, Kanye West, Timbaland, Pharrell Williams, Swizz Beats, Just Blaze, and more.