Drake Joins The Weeknd On Stage During Toronto Show - WATCH 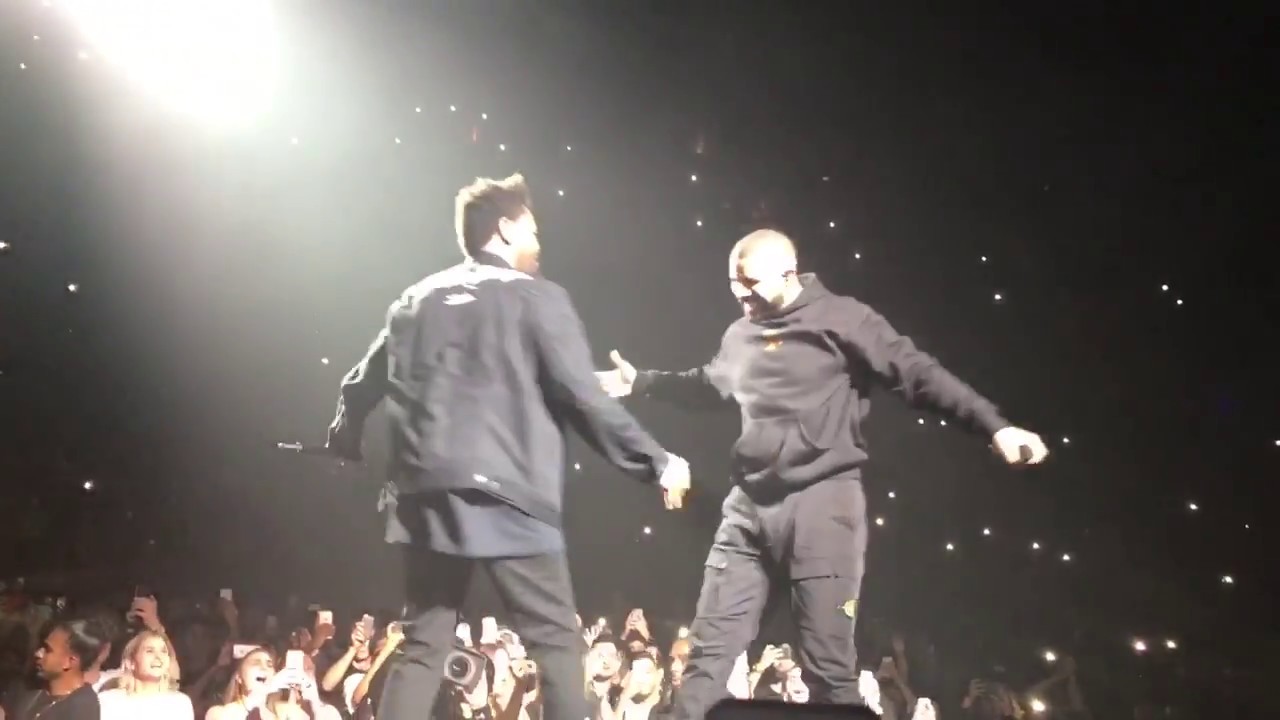 The Weeknd surprised fans by bringing out Drake at his show in Toronto on Friday night (26th May).

Performing to his hometown crowd at Air Canada Centre, the 'False Alarm' singer welcomed fellow Canadian Drizzy to the stage during the encore of the Legend of the Fall Tour show.

Drake performed 'Jumpman', 'Gyalchester' and 'Fake Love' during the finale of The Weeknd's during his 23-song set.

Watch the performance above:

Other appearances during the show included Rae Sremmurd, Belly, and 6lack.

The Starboy's tour is set to wrap up on 22nd July in Paris, France.

How many songs do Drake and Lil Wayne have together?

Are City Girls' JT and Lil Uzi Vert dating? How long have they been together?