In his 'If You're Reading This It's Too Late' song 'Know Yourself' Drake sings about running through the 6 (aka his hometown of Toronto) with his woes, and thanks to a new app you can too.

The app, called 'Runnin Through The 6,' shows an animated Drake running on the rooftops of skyscrapers. The aim of the game is to try to run through all of the '6' emojis and dodge the wheelchair emojis (which represent Drizzy's character on the TV show Degrassi) and make you unable to jump between buildings.

Runnin through the 6⃣ App is so hilarious! You literally help @Drake run through the city collecting 6's - if you get a its game over 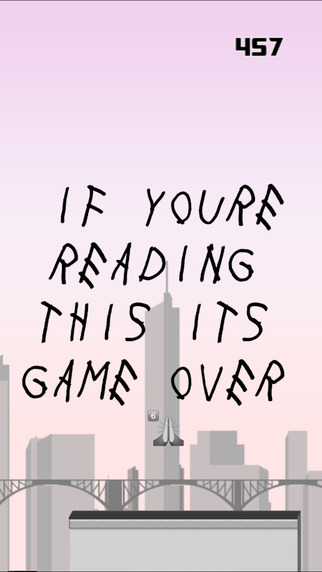 Check out 'Runnin Through The 6' on iTunes.