Drizzy showed his love for gaming!

Drake played PS4 game Fornite with Twitch streamer Jinja and broke the record for the most concurrent viewers on the platform.

The ‘God’s Plan’ rapper, showed his support for the gaming community, spending hours chatting and playing the video game via a livestream.

After Drake shared the link on his official Twitter account, the stream count immediately shot up from 200,000 to over 600,000.

Travis Scott and JuJu Smith-Schuster also joined the same game later too, with rappers Lil Yachty and Logic also lined up to play. 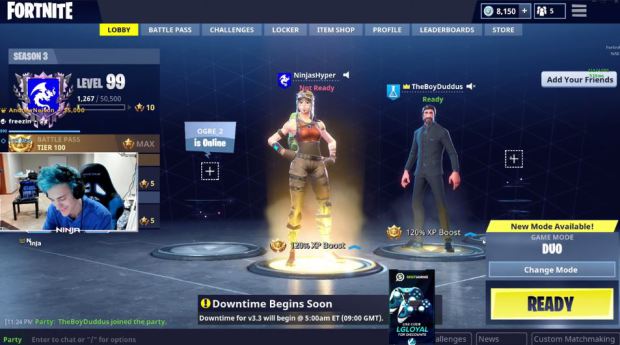 During the livestream, Drake admitted that he had been playing Fortnite for over a month, revealing that his crew play the game in the studio between sessions for his upcoming album.

After Drizzy could be heard eating something while playing, he said: “Man honestly, I’m usually eating healthy but I had pizza tonight because it’s so late.”

He added: “I feel like chicken and pineapple pizza could work, but I don’t eat meat anymore. But I enjoy pineapple on pizza though.”

Watch a clip from the stream above.

The track, which samples Lauryn Hill’ song ‘Ex Factor’, is rumoured to be taken from his upcoming album.