Omarian, Chris Brown And Jhené Aiko Unveil Official Video For 'Post To Be' 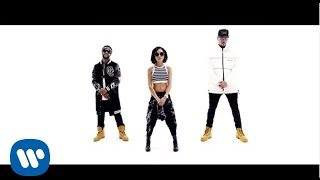 After teasing it on Instagram earlier this week, Omarian has unveiled the full official video for his new song 'Post To Be' featuring Chris Brown and Jhené Aiko.

The video sees all three artists drop moves as they perform the track against an all white background, with Omarian, who co-directed the video, riding in a white ferrari.

Produced by DJ Mustard, 'Post To Be' features on Omarion's 'Sex Playlist,' out now.