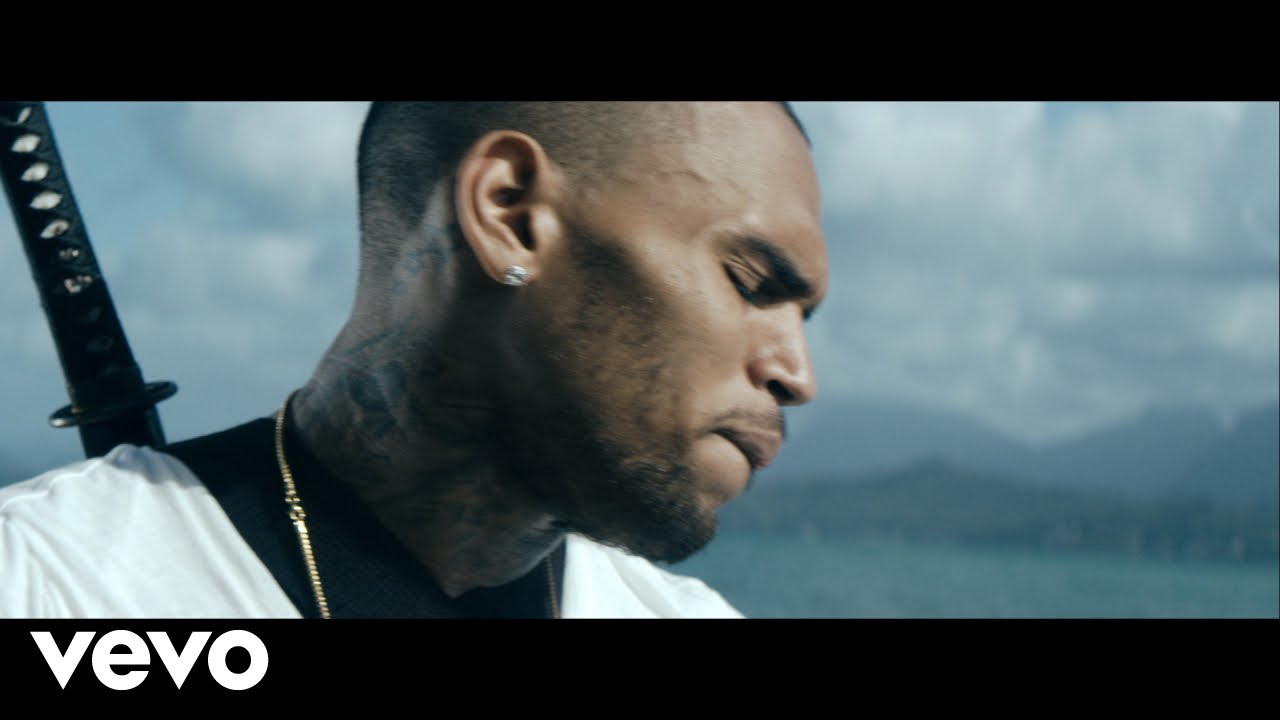 The Asian-themed video, shot in Hawaii, sees Breezy play a Samurai while his love interest in the cinematic film is played by real life on-off girlfriend Karrueche Tran, who is dressed up Geisha style.

An emotional scene sees them meet on the beach, where Chris Brown kisses Karrueche on the forehead.

'Autumn Leaves' is taken from Chris Brown's 'X' album which has been nominated for 'Best Urban Contemporary Album' at the 2015 Grammy awards taking place next month. It will battle albums from Pharrell, Beyoncé and Jhené Aiko to take home the award.