Chris Brown & The Game Hit Back At Homophobic Fans On Instagram

Breezy and The Game aren't here for homophobia.

Chris Brown and The Game have clapped back at fans who use homophobic slurs on social media. 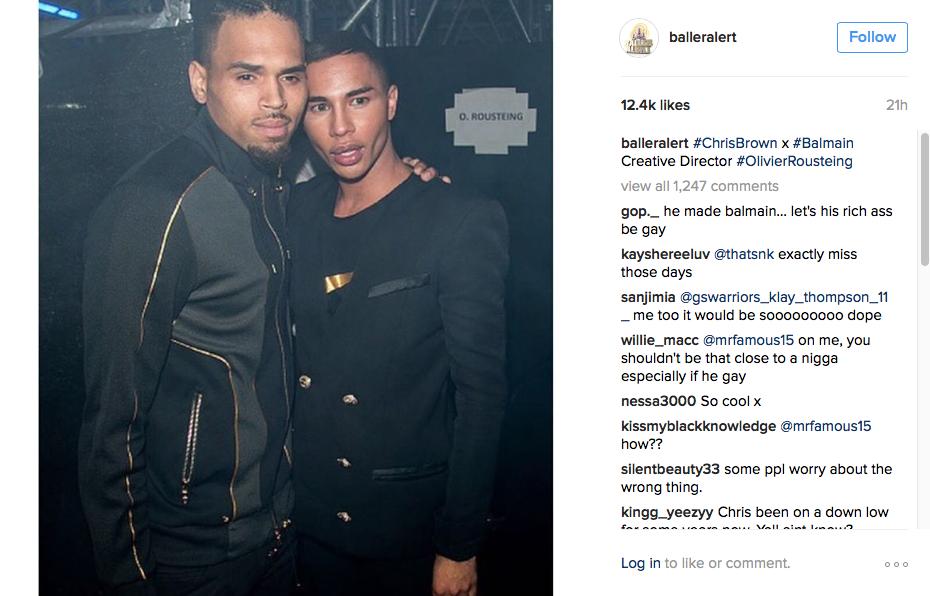 Some users labelled the pair as "f*gs" and "b*tches". However Breezy was having none of it.

“The crazy thing is that y’all used to call me homophobic,” he said.

“Now y’all calling me gay? Respect is respect. Who still hates people for their differences or preferences? Grow up. People are abundantly simple minded.”

The Game, who spotted the incident, also got involved.

“Lol.. People kill me homie !!! Because two successful people take a quick photo opp together & one of them is gay/or not that means the other person is gay too!!!" he said.

"This guy is the head of BALMAIN… Most of you n*ggas ain’t even employee of the month at wing stop, uncomfortable in your own skin using HATE to hide behind your own insecurities…" he continued.

"Everybody know this n*gga Chris ain’t gay & all you niggas listen to his music while yo broke ass ridin’ shotgun in yo girl car so cut the bullsh*t & let people live….. #Its2016 #IfPeopleAreGayOrWhateverTheyWannaBeHowDoesItAffectYourLife #iHateIdiots #iHopeFleasInfestYourArmpitsFor40DaysAnd40Nights”