The media personality faced criticism for working with Breezy.

Nick Cannon has responded to criticism he faced after hiring Chris Brown to star in a movie about women's basketball.

The entertainer is set to direct, write and produce the upcoming indie movie - titled 'She Ball' - as well as star alongside Brown as one of its central characters.

Cannon received backlash as a result of his choice to hire Chris due to the singer's highly-publicised history of domestic violence.

However, the media personality has defended his decision and suggested that there is a double standard in Hollywood when it comes to actors and their pasts. 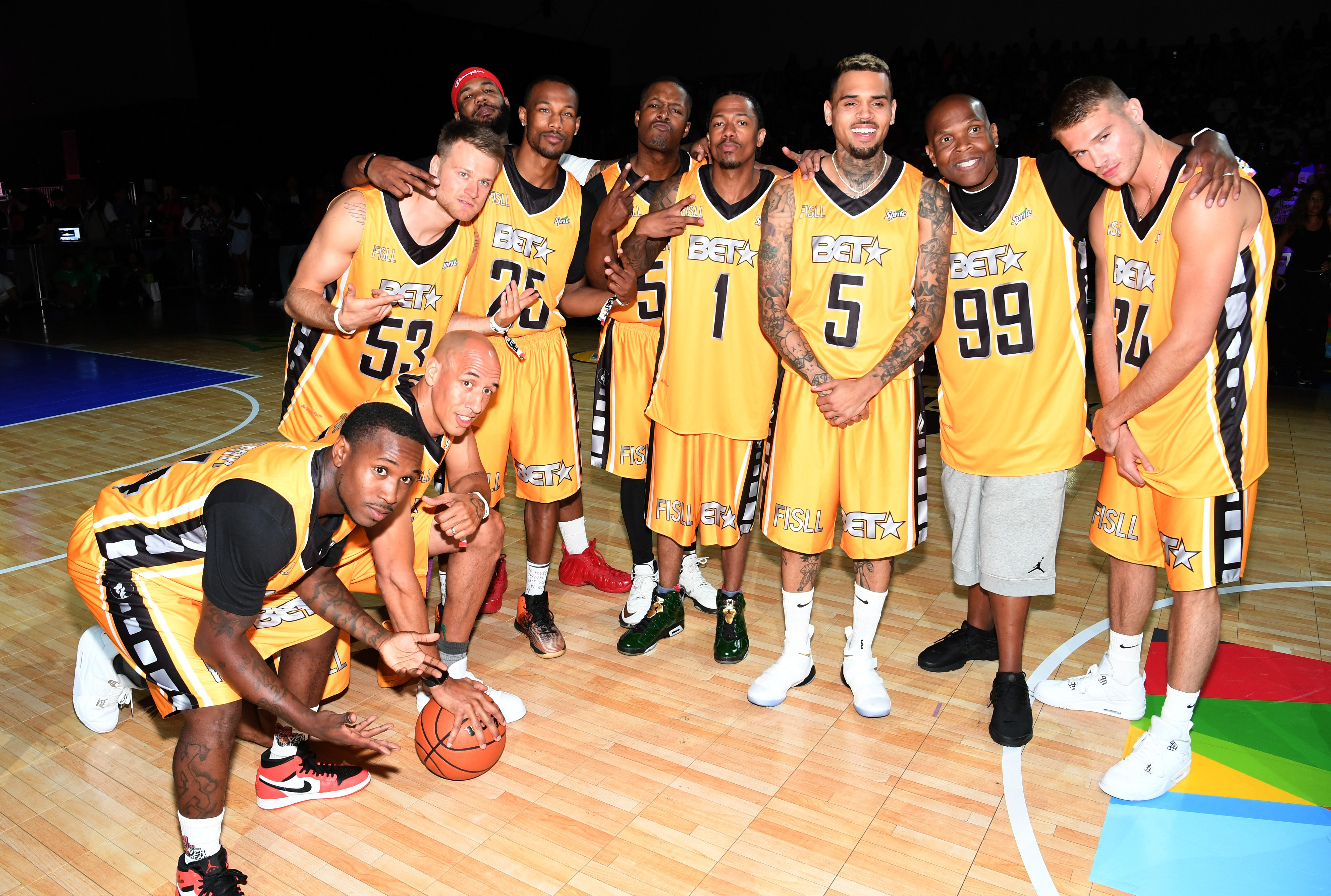 Speaking to TMZ, Cannon said - "What about Sean Pean? They ever hate on his past and the movies he did."

"It's definitely a double standard," he continued, "They want to turn a black men into a monster any chance they can," before adding that the upcoming flick is a must-see.

Penn faced allegations for years that he abused Madonna during their marriage in the late 80's, but Madonna later claimed that Penn never struck her.

In comparison, Brown was convicted of felony assault for physically abusing Rihanna in 2009, while his ex-girlfriend Karrueche Tran was granted a restraining order against him earlier this year.

Brown is yet to publicly comment on the reports.

'She Ball' is scheduled for release later this year.