Breezy has new music on the way.

Chris Brown has revealed that he is currently working on his eighth solo album called ‘Heartbreak On A Full Moon’.

The R&B singer, who is also planning to release an autobiographical documentary called ‘Welcome To My Life’, revealed the news in a now-deleted Instagram post.

“NEW ALBUM (HEARTBREAK ON A FULL MOON) SINGLE DROPS MAY 5TH,” he said, as reported by HHNM. 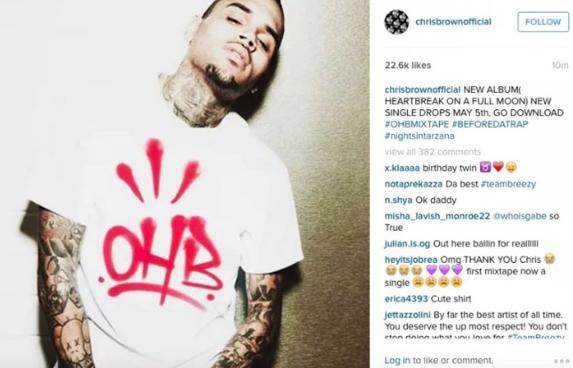 Breezy’s new album will follow-up his new mixtape ‘Before Da Trap’ which features a collaboration with Section Boyz.

Meanwhile, the singer is currently preparing to kick off the European leg of his 'One Hell Of A Nite' tour.