Chris Brown, August Alsina And Future Join DJ Khaled On 'Hold You Down'

DJ Khaled has called in the troops for new song 'Hold You Down,' which features vocals from Chris Brown, August Alsina, Future and Jeremih

The 'They Don't Love You No More' follow-up serves as the second track off Khaled's upcoming album 'I Changed A Lot,' but features a much softer sound as Breezy comes in to sing some romantic words to his woman. 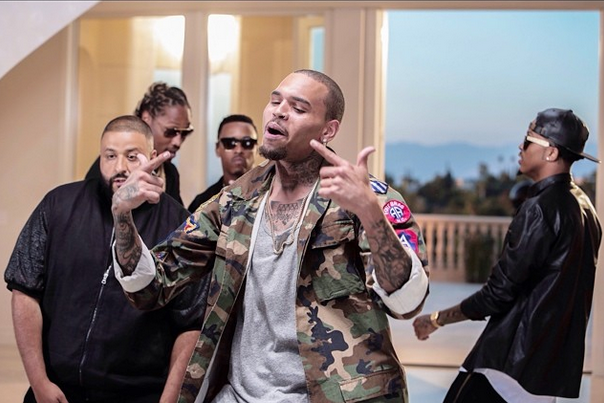 The group were recently all pictured shooting a music video together, so expect it to follow soon.

Listen to 'Hold You Down' above.