June 2012: Chris and Drake were involved in a bottle fight in a New York club.

This image appears in the gallery:
The Story Of Chris Brown: His Wins, Losses & Controversies In Music So Far 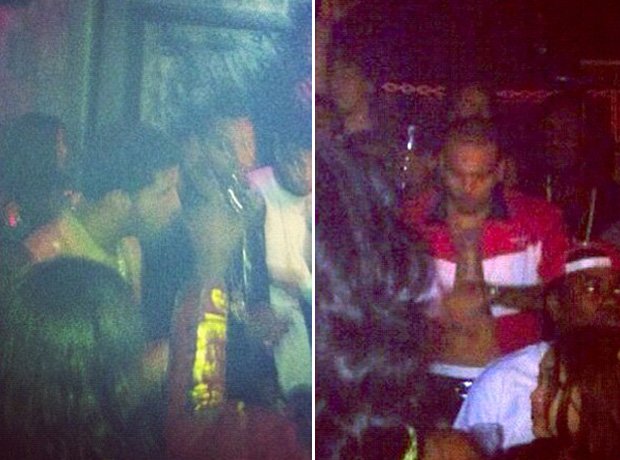 The duo allegedly brawled over Breezy's ex-lover, Rihanna - who Drake was reported to be romancing at the time. After Drake reportedly taunted Chris over the situation, a fight broke out between the two entourages, leaving eight people injured after bottles were thrown across the club. Breezy later took to Instagram to showcase a cut on his chin. Neither party faced charges.

See the full gallery: The Story Of Chris Brown: His Wins, Losses & Controversies In Music So Far

QUIZ: Can you name the Chris Brown song by its music video?

QUIZ: How well do you know Chris Brown?