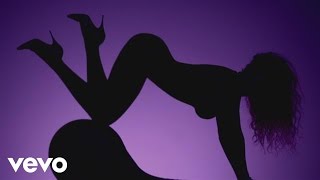 Beyoncé has dropped the official video for what's to be her next single, Partition, and it's hot!

Following the release of 14 songs and 17 videos on her new self-titled album, Beyoncé has decided to officially premiere the official music video for Partition on her YouTube channel.

Mrs Carter is reading up the single as the third release from the album, following Drunk In Love and XO. We must warn, it's one to watch after the kids have gone to bed. In what is certainly her sexiest video yet Beyonce lives out a dream of her and husband Jay Z getting it on in the back of the car, with Beyoncé pole-dancing in some revealing outfits inbetween shots.

Last week saw Beyonce perform XO at the BRIT Awards for the first time on live TV, the performance came just one day ahead of her Mrs Carter World Tour returning to the UK.

Watch the full video for Partition above. (Warning: This video contains scenes that some people may find offensive.)