Yesterday marked the fifth anniversary of the death of Michael Jackson and celebrities worldwide paid tribute to The King Of Pop and the incredible legacy he has left the music industry.

Beyoncé took to her website to post a photograph of MJ and resurface a heartwarming letter that she wrote about the star on the anniversary of his death last year. 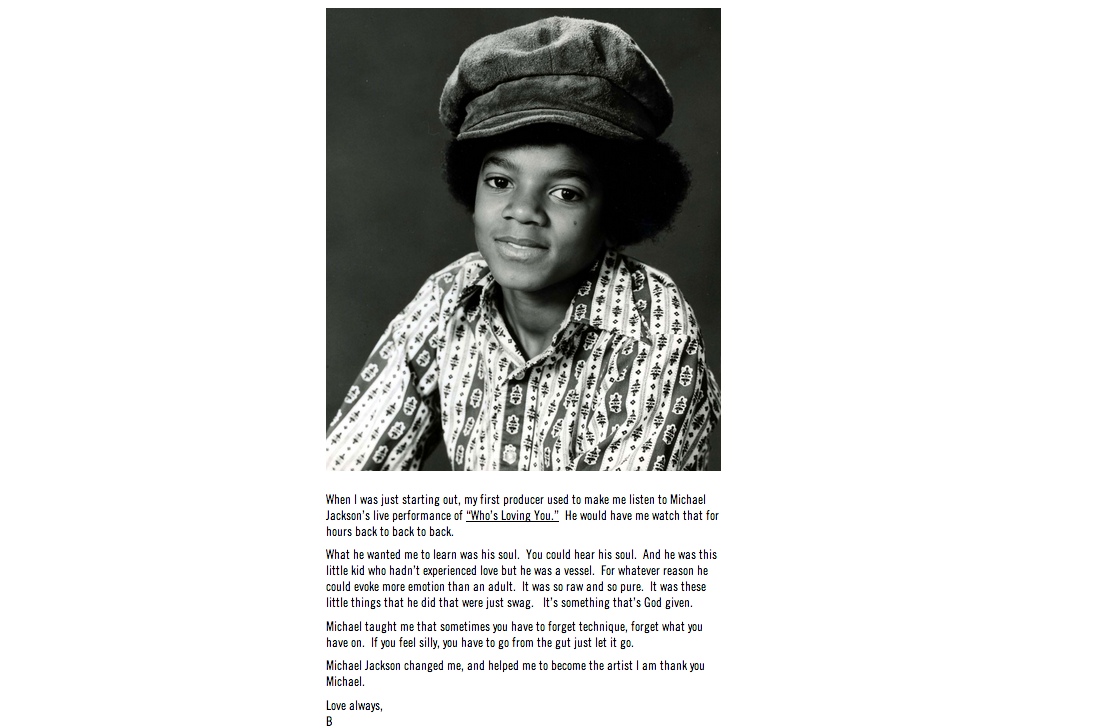 "When I was just starting out, my first producer used to make me listen to Michael Jackson’s live performance of “Who’s Loving You.” He would have me watch that for hours back to back to back.

What he wanted me to learn was his soul. You could hear his soul. And he was this little kid who hadn’t experienced love but he was a vessel. For whatever reason he could evoke more emotion than an adult. It was so raw and so pure. It was these little things that he did that were just swag. It’s something that’s God given.

Michael taught me that sometimes you have to forget technique, forget what you have on. If you feel silly, you have to go from the gut just let it go.

Michael Jackson changed me, and helped me to become the artist I am thank you Michael.