The Carters were spotted travelling around NYC.

Beyonce and JAY-Z have been spotted outside with their new-born babies Rumi and Sir Carter for the first time.

The Carters stepped out in public as a full family during an outing in New York City on Wednesday.

The parents were pictured stepping out of a black car at a heliport, with JAY-Z holding one of the twins in a baby-carrier.

A security guard appeared to carry the other twin in a matching car-seat, while Beyonce and their five-year-old daughter Blue Ivy walked ahead. 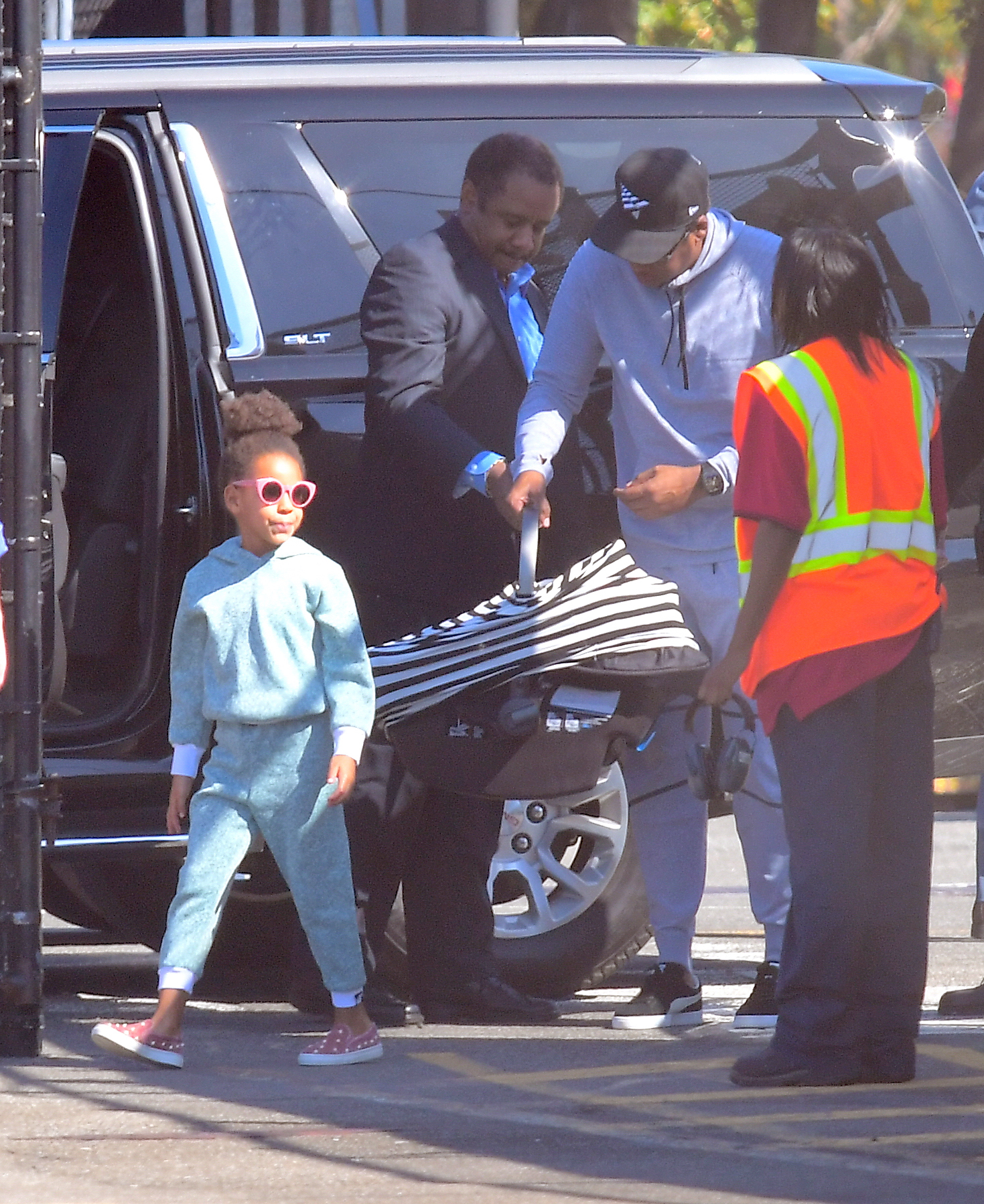 “They are amazing,” she told US Weekly. “They’re very young but they like to touch and they’re adorable and just beautiful and healthy and I’m just so happy.”