The couple saw the funny side.

Beyonce and JAY-Z paid tribute to their infamous elevator incident with Solange, while celebrating the rapper’s birthday.

Three years after they stopped the internet with their very public fight, Beyonce and JAY-Z were happy to be photographed in a lift at the Angelika Film Center in Soho, New York on his 48th birthday.

The Hollywood couple rented out the film centre for their own private screening of Woody Allen’s latest movie Wonder Wheel, then headed for dinner together. 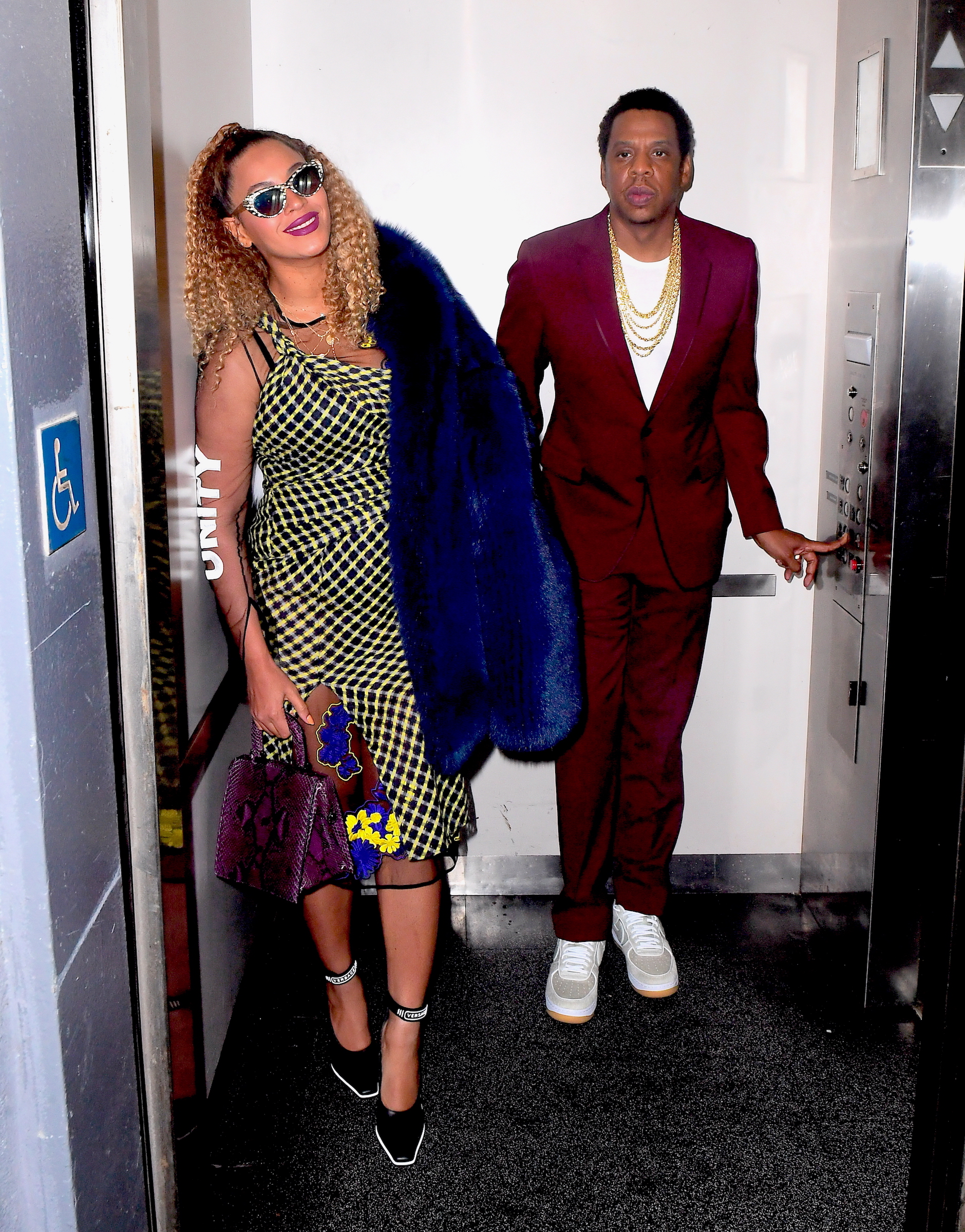 Beyonce wore a yellow patterned dress, with the word "unity" written on one arm. While JAY-Z wore a red suit, white trainers and numerous gold chains.

Solange’s infamous attack on JAY-Z in the elevator initially sparked rumours that the rapper had cheated on Beyonce.

Despite still not officially revealed what the bust-up was about, they released a cryptic statement back in May 2014.

“As a result of the public release of the elevator security footage from Monday, May 5, there has been a great deal of speculation about what triggered the unfortunate incident. But the most important thing is that our family has worked through it. Jay and Solange each assume their share of responsibility for what has occurred. They both acknowledge their role in this private matter that has played out in the public.

“They both have apologised to each other and we have moved forward as a united family. The reports of Solange being intoxicated or displaying erratic behaviour throughout that evening are simply false. At the end of the day, families have problems and we’re no different. We love each other and above all we are family. We’ve put this behind us and hope everyone else will do the same.”

Meanwhile, JAY-Z recently admitted to cheating on Beyonce in a rare interview with The New York Times.