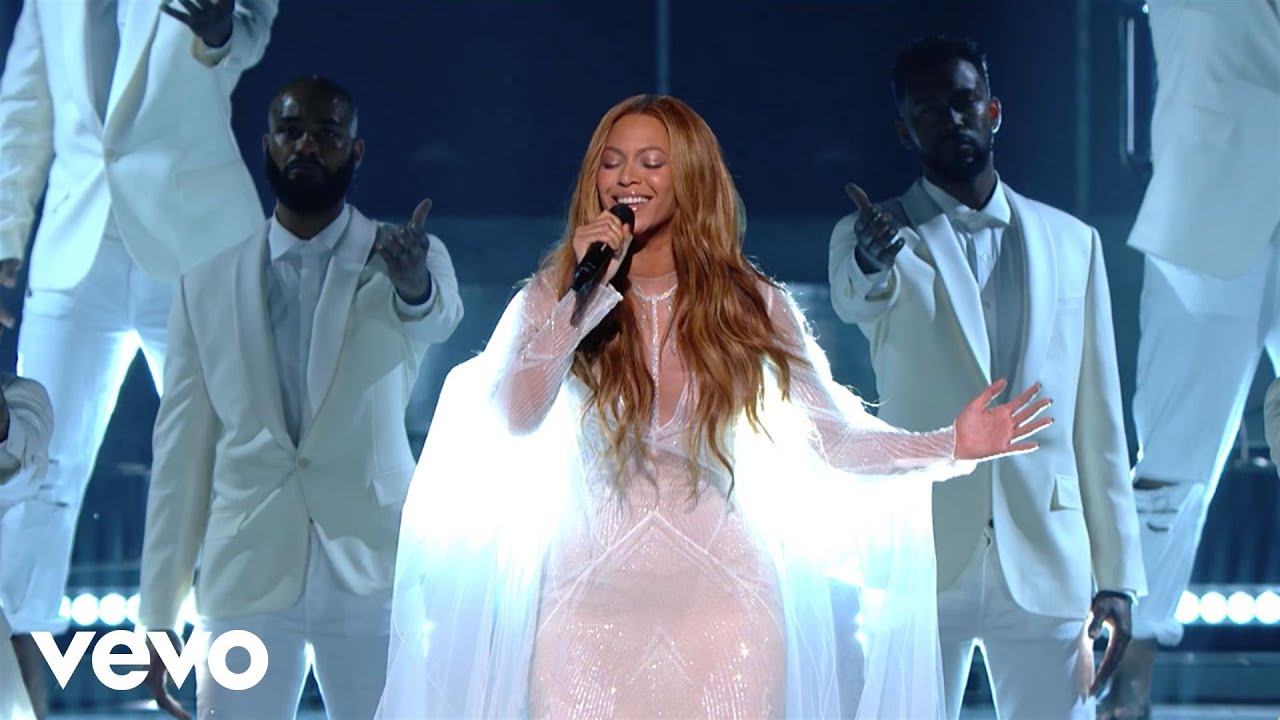 The singer performed the gospel hymn from the soundtrack to Selma after taking home three awards.

Beyonce performed 'Take My Hand, Precious Lord', which features on the soundtrack to the critically-acclaimed film Selma, at the Grammy Awards in Los Angeles last night (8th February).

The singer closed out the ceremony with her performance of the gospel hymn following an introduction from close friend Gwyneth Paltrow and rapper LL Cool J.

Beyonce's performance was followed by John Legend and Common's rendition of 'Glory', which has been nominated for an Oscar.

The singer won three awards last night, but missed out on Album of The Year to Beck - much to the disappointment of Kanye West, who nearly turned back the clocks with a stage invasion during the artist's speech.