Ever wondered what Beyoncè likes to dance to when she throws a party? Now we know.

While you were all busy having drinks and dancing away to Beyonce's new self-titled album, Beyonce was on the other side of the pond doing exactly the same thing.

Her and hubby Jay Z welcomed in 2014 at P Diddy's lavish do' in Miami. The two travelled on motorbike to the event, and partied with Bey's Destiny's Child sisters Michelle Williams and Kelly Rowland, as well as her model-friend Jordan Dunn who appears in her new music video. 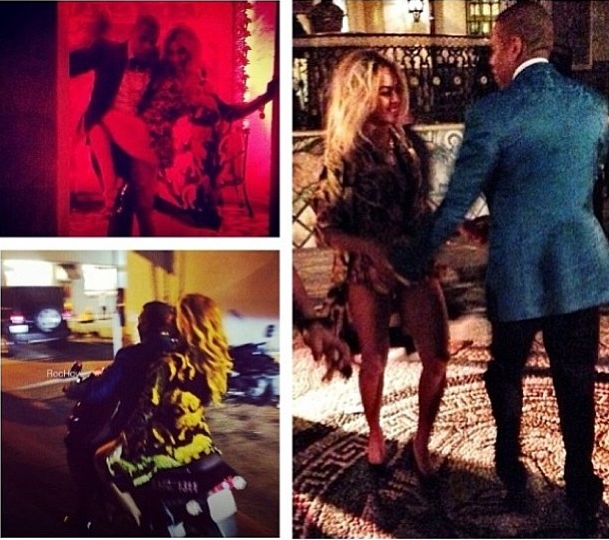 Turn your laptops sideways (we didn't film it!) and watch Beyonce get it on to her tracks 'Flawless' and 'Yonce' in the videos below: