Fans are shocked by the accusations.

Chrissy Teigen has addressed growing rumours that Beyonce was bitten in the face by an unnamed actress during a JAY-Z tour afterparty.

Tifanny Haddish, who was at the party, made the bizarre claims during a new interview with GQ.

“There was an actress [at the party] that’s just like, doing the most-est,” she said. “One of the most things she did? “She bit Beyonce in the face.”

Although she declined to name the actress, she continued: “Beyoncé stormed away, went up to Jay-Z, and was like, 'Jay! Come here! This bitch—' and snatched him. They went to the back of the room. I was like, 'What just happened?' And Beyoncé's friend walked up and was like, 'Can you believe this bitch just bit Beyoncé?'" From there, "a lot of things happened."

So, Haddish apparently tapped Beyoncé and told her, "I'm going to beat somebody ass at your party. I just want to let you know that." Beyoncé asked Haddish to calm down, telling her to "have fun" instead.

Haddish then took this selfie with Beyonce at the party: 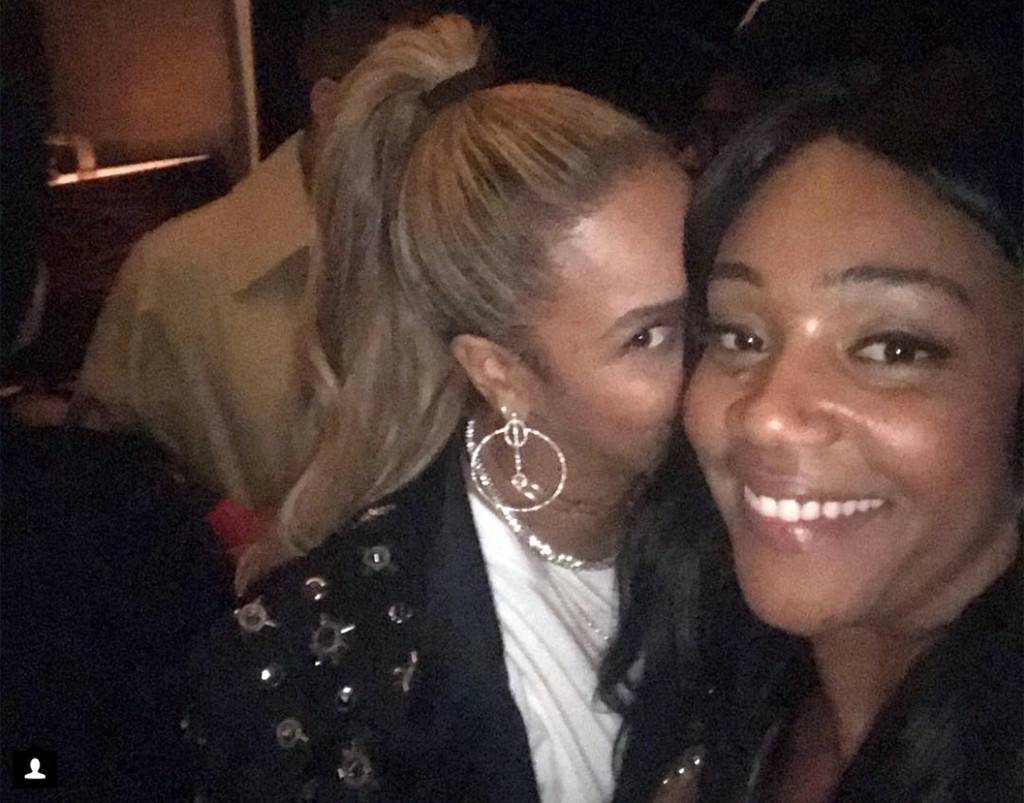 "Near the end of the party, Beyoncé's at the bar, so I said to Beyoncé, 'Did she really bite you?' She was like, 'Yeah.' I was like, 'She gonna get her ass beat tonight,'" Haddish continued.

After the story went viral, Beyonce's close friend Chrissy Teigen has responded to the drama, refusing to confirm or deny to the claims.

“I AM NEVER TELLING I’m scared I’ve said too much KNOWLEDGE IS A CURSE!” she said.

I AM NEVER TELLING I’m scared I’ve said too much KNOWLEDGE IS A CURSE!

You know how much shit I have said and done to famous people?? I had to verify with john it wasn’t *me*

Did somebody really bite Beyonce in the face?