Does Cardi B Have A New Song With Beyonce?

Is there a superstar collaboration in the works?

Fans are convinced that Cardi B has a new song with Beyonce after the rapper’s engineer teased a cryptic screenshot on Instagram.

The story, posted by Cardi’s recording and mixing engineer Ashby, featured a picture of a recording session which included the words “Cardi B”, “Beyonce” and “Demo” on one of the file names.

Ashby didn’t provide any extra content but teased fans with the caption: “Wow this feature is big.” 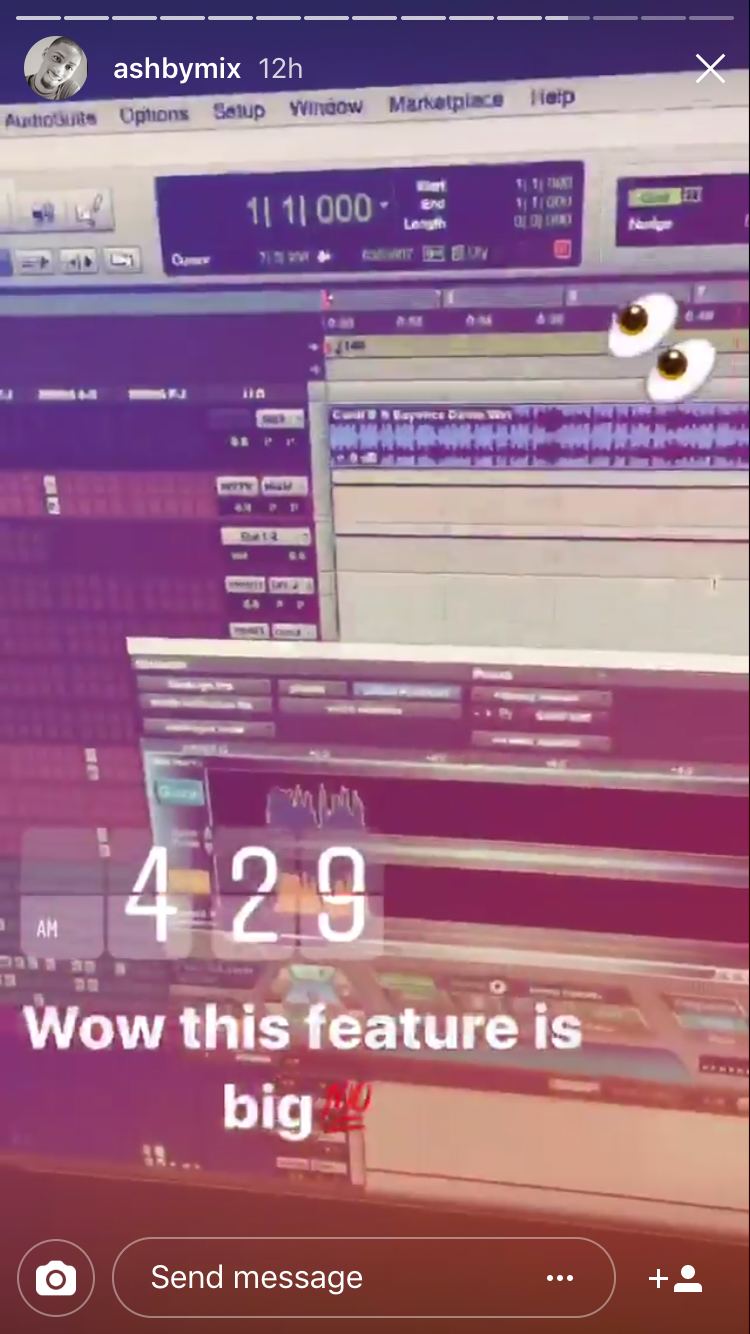 Following the screenshot, a Beyonce fan account has claimed that the song is finished and will appear on Cardi B’s debut album.

EXCLUSIVE: We can confirm by someone close to the record that Beyoncé will indeed be on Cardi B’s new album! And the record is finished! pic.twitter.com/0zk8SZuPzU

Cardi B famously met Beyonce at JAY-Z’s ‘Made In America’ festival in September.

Queen Bey reportedly watched Cardi perform ‘Bodak Yellow’ from the side of the stage, alongside her husband JAY-Z and Solange.

The highly-anticipated new album was expected to be released in October but was pushed back.

"So I really wanted to release my second single with my album but I'm just not as satisfied yet to drop my album," Cardi said at the time.