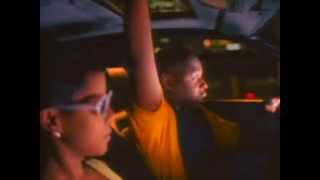 It was filmed a year before Destiny's Child took over the world.

It might not be Thursday, but the internet just delivered a serious throwback. A video of Beyoncé and a very young Destiny's Child appearing as back-up singers in a song titled 'Can't Stop,' by Lil' O has surfaced online.

The video was reportedly released in 1997, which would have made Beyoncé around 16-years-old at the time and means that it was released a year before Beyoncé, Kelly Rowland, LaTavia Roberson and LeToya Luckett released Destiny's Child's self-titled debut solo album.

'Houston, Texas,' flashes on screen in the opening scene of the video, before Beyoncé is seen doing dropping some moves and stealing the show with her powerful vocals.

Don't think that Beyoncé's forgotten her humble beginnings in the industry. In the  'i Been On' version of 'Bow Down,' a track she unveiled in 2013, Queen Bey shouts out Willie D, who appears in the video.

"I was in that Willie D video when I was about fourteen, looking crazy!"

Hit play above and enjoy some old-school Beyoncé.