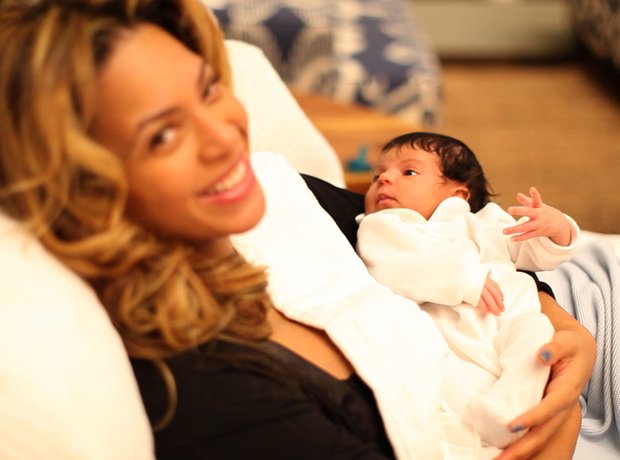 After the birth of their first child, Jay Z released the track 'Glory' via his social networking site, with Blue Ivy (B.I.C) credited as a contributor, owing to her cries being included at the end of the track. This means that Beyonce and Jay Z's first born, at just two days old, became the youngest person to ever appear on the Billboard 100 (the song debuted at number 74 on the R&B/hip-hop chart). Picture: helloblueivycarter.tumblr.com