This image appears in the gallery:
Forbes 100 Most Powerful Celebrities 2014: Is Beyonce Bigger Than Dr Dre? 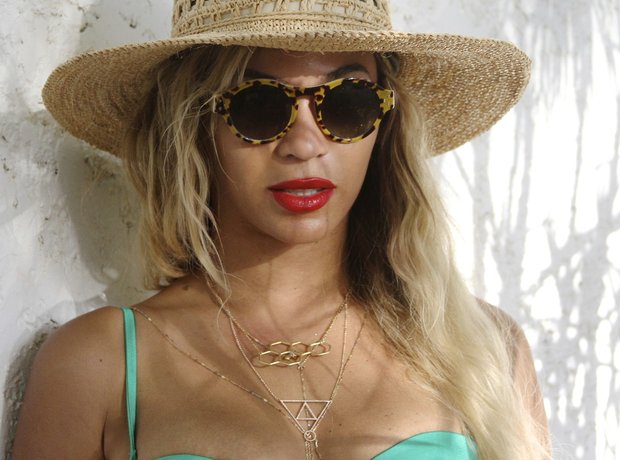 In at number one on Forbes 2014 list is the woman they called Queen, Beyoncé. The list takes in to account happenings between June 2013 - June 2014, in that time Beyoncé embarked on 'The Mrs Carter' World Tour, dropped a surprise album, sold over a million copies of 'Drunk In Love,' and casually began touring again with her husband Jay Z. Not bad for a year's work. Tumblr/I.am.Beyonce