The rapper has sparked a debate online...

Azealia Banks has made the bold claim that she is currently “miles ahead” of any other female rappers.

The controversial rapper, who recently signed a million-dollar record deal, made the statement on Instagram.

“All jokes aside. Azealia Banks will have the album of the year across all the genres,” she began.

“Broke With Expensive Taste is miles ahead of anything any currently active female rapper is doing, has done or will do for the next 20 years.

“And Fantasea Two will be a reconfirmation of the fact that I am one of the most talented women in music.”

Check out the full statement below: 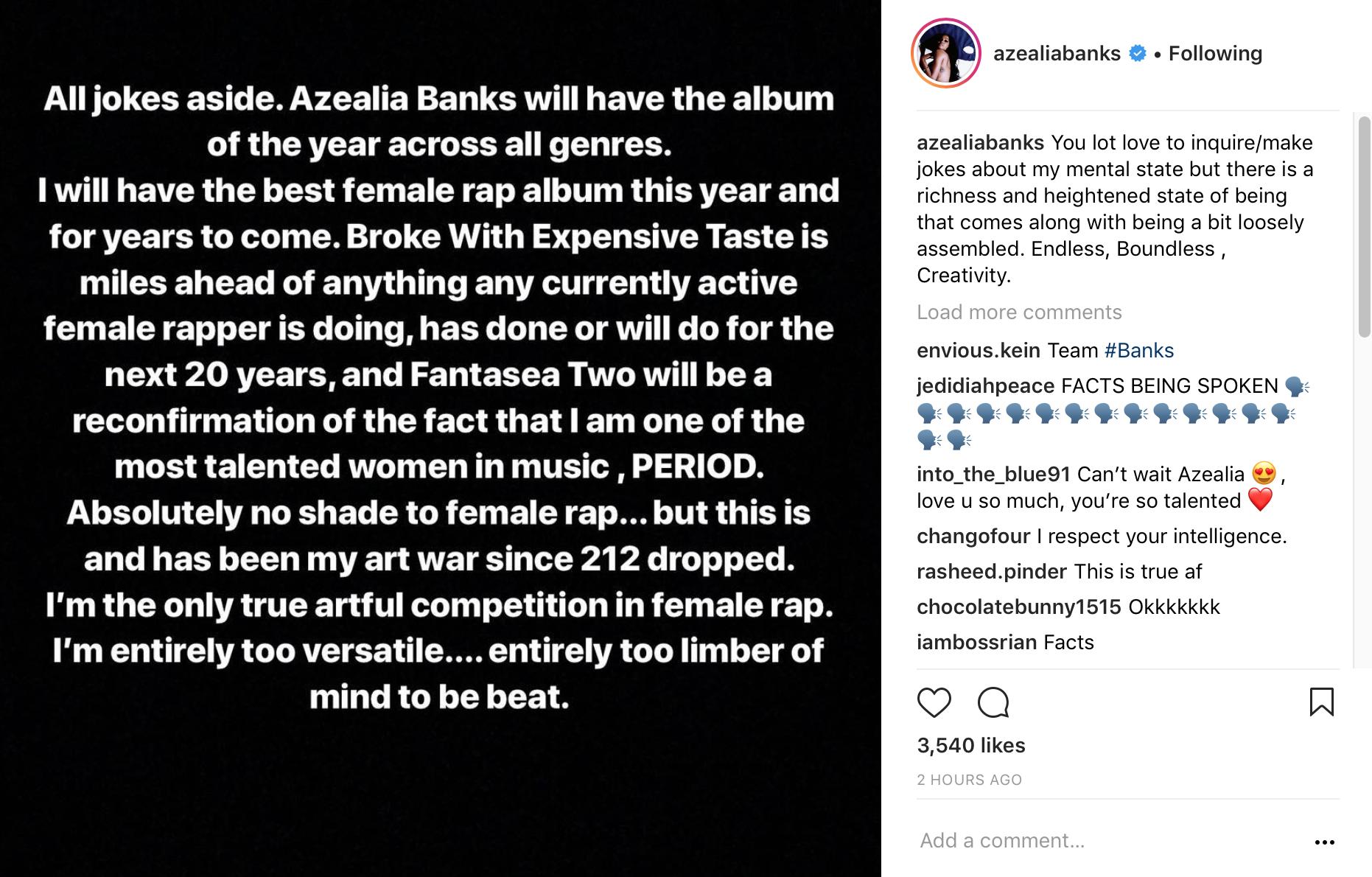 Interestingly, the discussion appeared to be split among fans, with some agreeing, while others were strongly disagreeing.

Don’t get me wrong Azealia Banks is a troll and she’s crazy but her music goes hard majority of the time .

Azealia Banks is probably the best female artist out rn, no one will admit it but it's true. Watch her top the charts, all of them. Her resurrection is soon. You've been warned!

Azealia Banks is the best female rapper out... fight me.

Bra who is Azealia banks

Meanwhile, Azealia Banks was recently in the headlines after slamming Cardi B online.