Azealia Banks Called Out Grime & UK Rap And Got Shut Down

The UK has hit back.

Azealia Banks appears to have been suspended from Twitter and people are celebrating.

The UK Rap and Grime community have hit back against Azealia Banks’ claims that they are a “disgrace to rap culture”.

The controversial US rapper made the wild claims in an explosive Twitter rant this morning. However artists are now firing back.

UK singer MNEK was one of the first to respond after he claimed that she invited him to dinner last year and she responded with a homophobic slur. 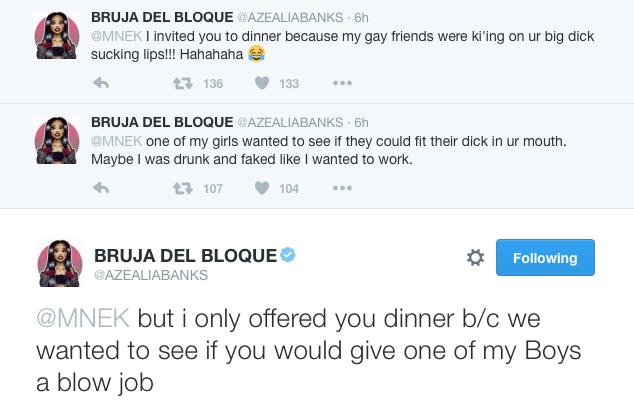 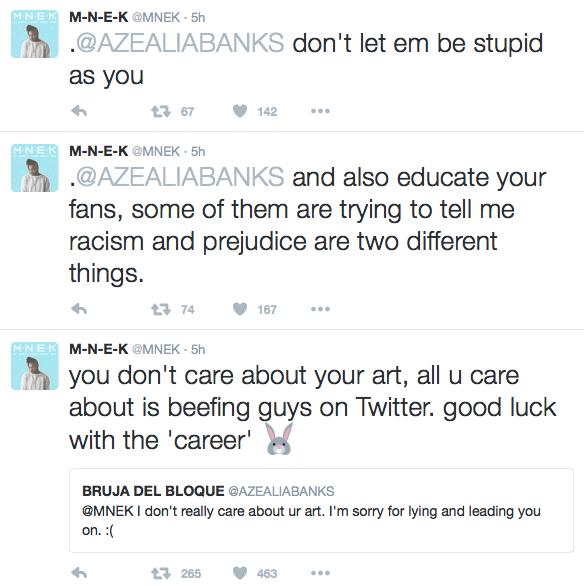 Then other members of the Grime and Rap community continued to shut her down.

wat have I woke up to lol #bdl

@AZEALIABANKS Please dont talk about Grime or UK rappers you are very average and i will spin you back into your mothers womb.

The bitter, hate fuelled people using the platform they've been blessed with to spread racism and fuckery get... pic.twitter.com/aZwJtl8jBs

Its a shame you said that @AZEALIABANKS. Your music was respected here.

Your calling people nerdy when you're only known for being a bad gal with caps lock & emojis. Keyboard rudegirl ting https://t.co/AqSxDIS8ip

People need to realise, we ain't looking for acceptance out here. We set the ting

@AZEALIABANKS it's not about being sensitive. U just cursed us all. U should of got your hair done before you starting talking

Artists such as Skepta and Stormzy have yet to respond.

Azealia Banks has built a reputation for being controversial on social media, following rants at Kanye West, Beyonce, Iggy Azalea and more.