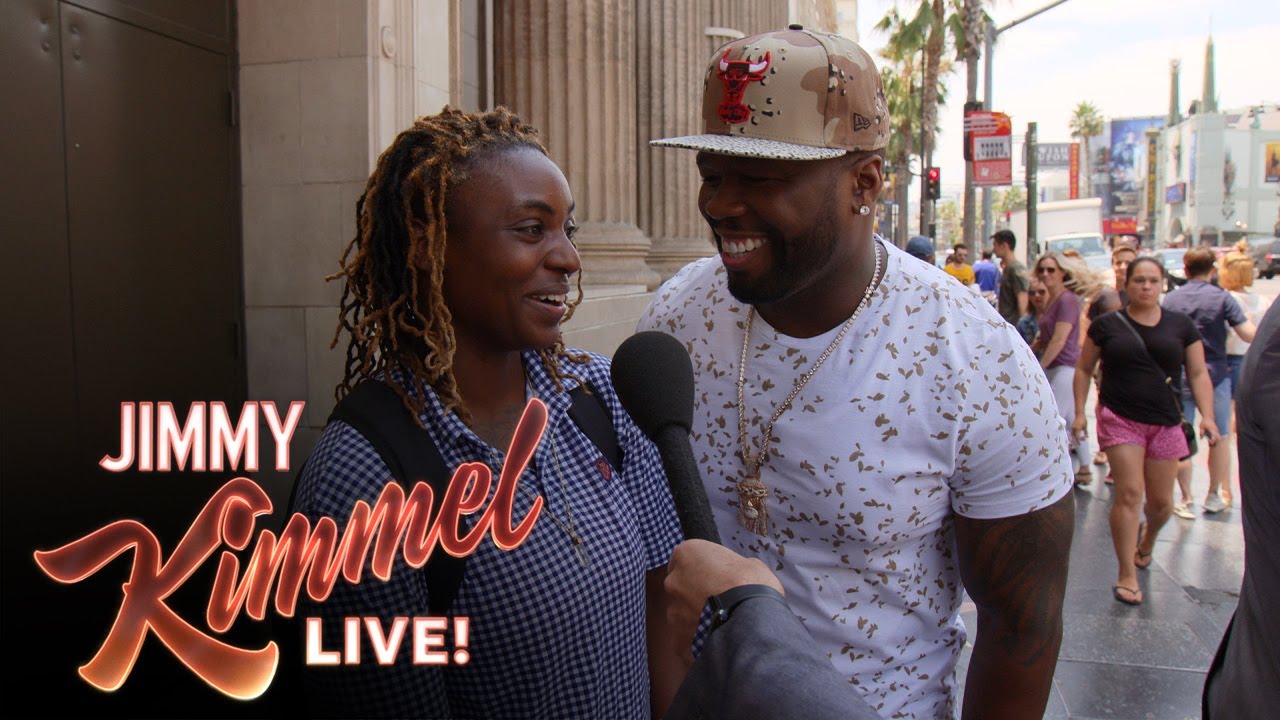 50 Cent is Standing Right Behind You

Next time someone asks you to rate a rapper, think carefully…

50 was appearing on the Jimmy Kimmel show when they did the skit.

A reporter asked passers by whether they agreed 50 Cent was the best rapper of all time.

Watching on a monitor just off the street, 50 isn’t happy: “Aw hell no!”

He goes out and stands right behind the guy as he keeps talking about how 50 Cent isn’t all that.

When 50 shows himself the guy gets a shock, but he doesn’t change his tune!

Another lady says that that 50 Cent is washed up and his best days are behind him!

50 Cent gets right up in her face. “Oh wow,” she says before they hug it out.

Next time someone with a mic asks us what we think of a certain rapper, we’re calling them the greatest of all time!