50 Cent has responded after Meek Mill was sentenced with 2-4 years in prison.

The New York rapper, who was involved in a heated feud with Meek earlier this year, expressed his surprise at the situation.

50 posted a cropped picture of Meek's lawyer, Brian McMonagle, walking to court with Meek Mill on his Instagram.

“So this is the guy that got meek a 2- 4 for riding a dirt bike?” he wrote in a now-deleted post. 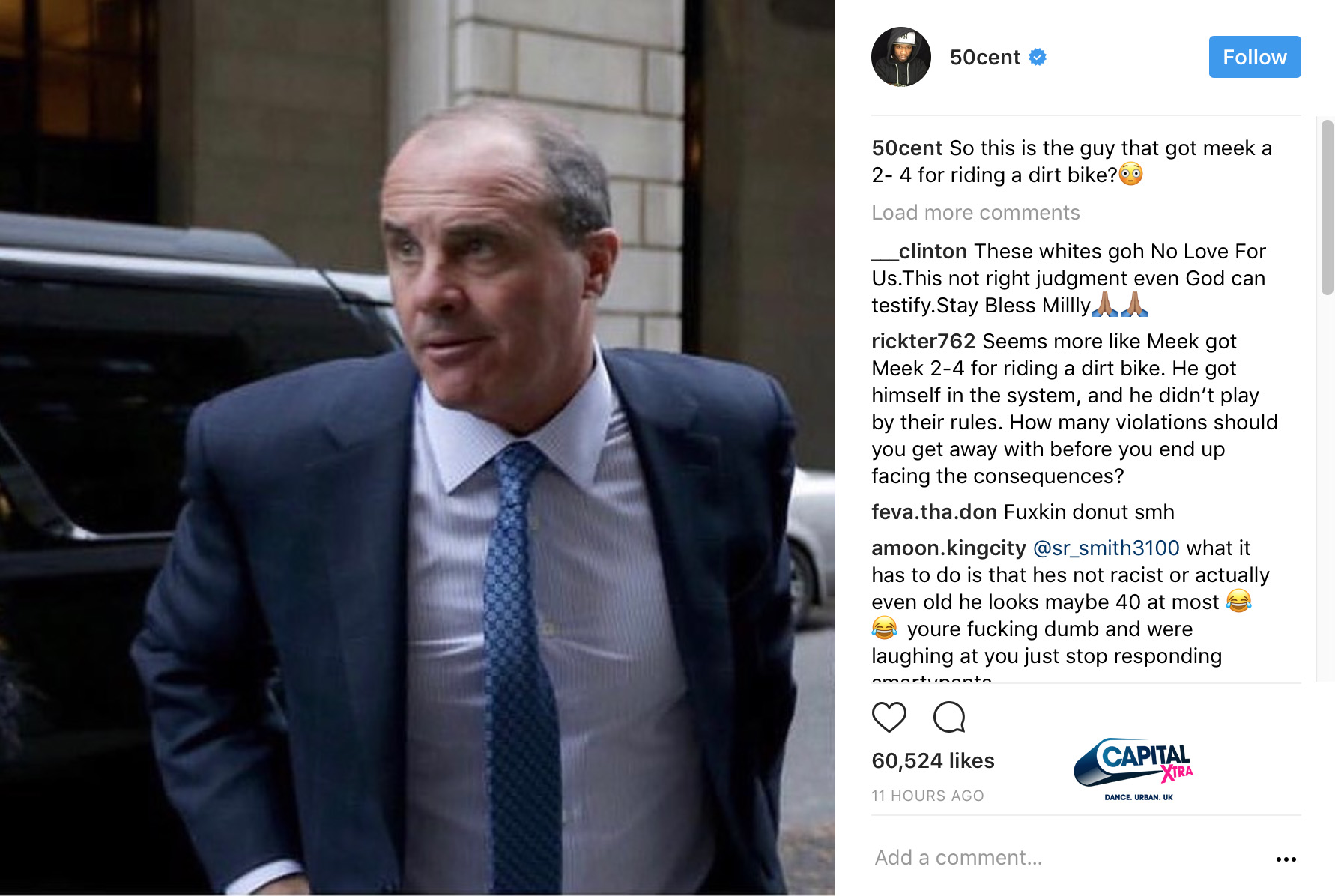 Meek was handed his lengthy prison sentence after violating the terms of his probation on a 2009 drugs  and weapons case.

Since the news broke the Hip-Hop world has shown its support for Meek Mill, with artists releasing messages on social media.

Tests are not for the faint at heart! . Every time an obstacle crosses his path, he fights his way through and comes out triumphant. I've watched him 1st hand fight this unjust system for close to a decade. But my dawg is a warrior! You know the family is already holding you down during this time of test. Here’s to the future! It will be BRIGHT! #doubleMDreamchasers

Was wit u then & WE STILL WIT U NOW!!! This too shall pass. You got this!!! God places the heaviest loads on the strongest backs. We got real love for u out here KING.

Its times like this that we have to stand up for injustice. If you’re young black and successful they always find a way to knock you down. let’s hope and pray for the best. God is Great #prayformeek

Since exploding onto the Hip-Hop scene back in 2011, Meek Mill has had a series of legal issues.

The Philadelphia rapper has violated the terms on his probation in the past and has served time in prison, as well as house arrest.

Meek was arrested twice this year for an assault and reckless driving, which contributed to his lengthy sentencing – despite both charges being dropped.

According to reports, Meek Mill is expected to appeal the ruling.

50 Cent has responded to T.I challenging him to a Verzuz battle

50 Cent likens DaBaby being 'cancelled' to Chris Brown's controversial past