50 Cent has dropped a cryptic teaser about a huge plot twist for Power season 5.

The show, which is filled with plenty of surprising twists and turns, suggested that on-screen character Kanan (50 Cent) may turn on main character Ghost (Omari Hardwick) and kidnap his son Tariq (Michael Rainey Jr).

Everything you need to know about Power Season 5

The New York rapper posted a picture on Instagram of himself with Tariq bundled in the back of a boot. 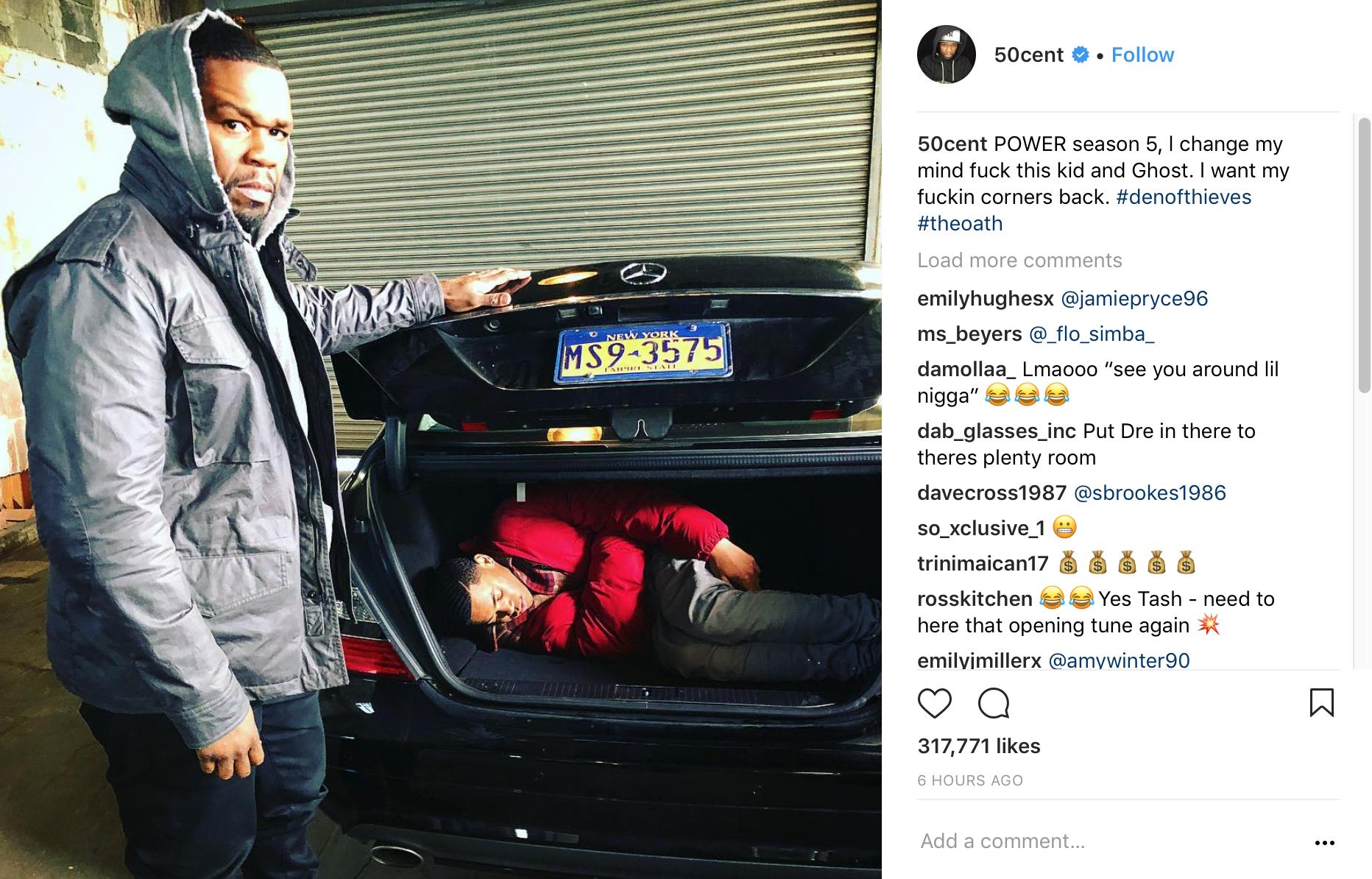 “Power Season 5, I change my mind f*ck this kid and Ghost. I want my f*ckin corners back.”

50 Cent also recently confirmed that Power was taken off-air in New York following a dispute between the show’s TV network Starz and Optimum.

However the show appears to be continuing filming, after Omari Hadrwick posted a picture from the set of Power Season 5.

“Now you see us… even when you don’t,” he said on Instagram.